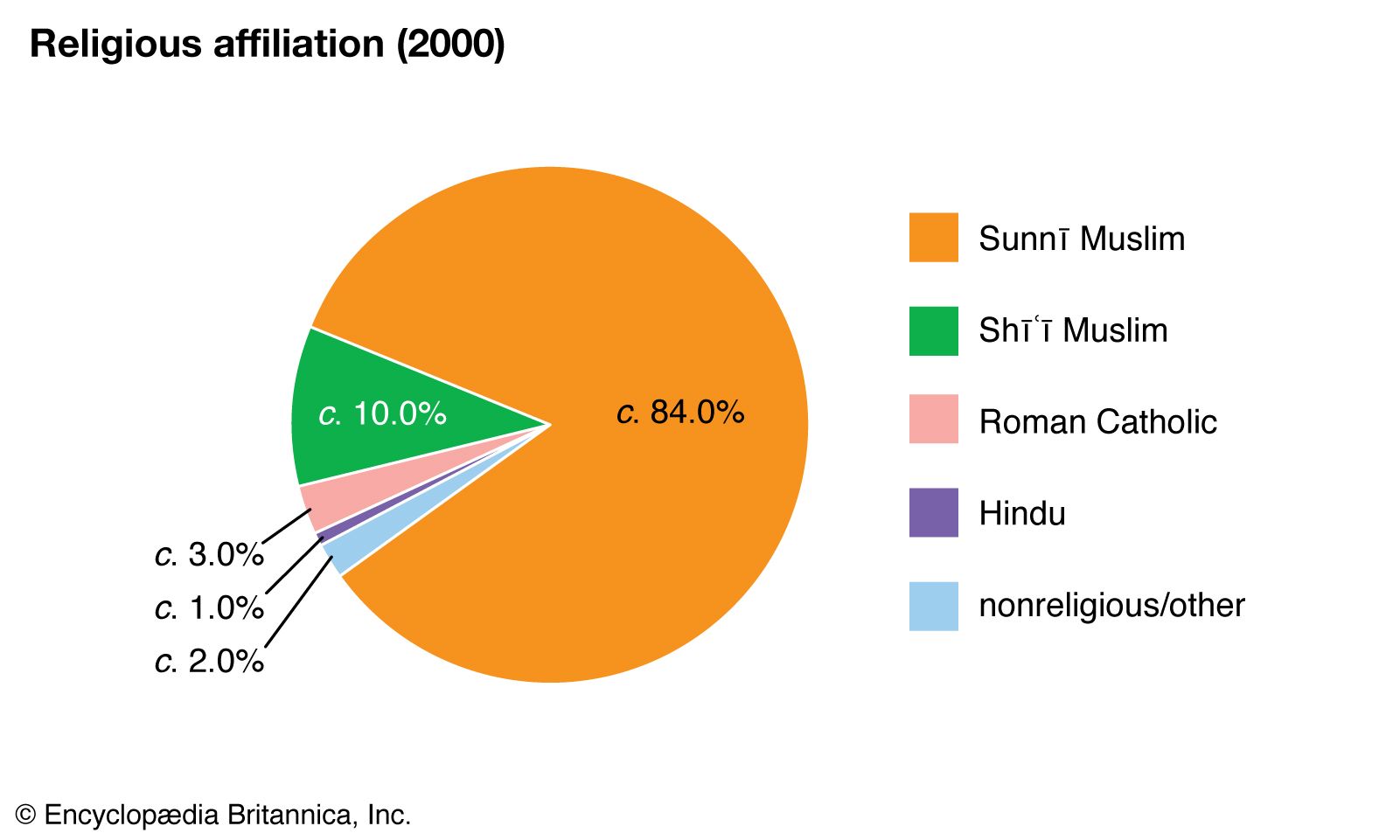 Like Christians in the West, there are many different denominations or sects in Islam. The two major Islamic branches, Sunnis and Shi’ites are located throughout the Middle East, and both branches have followers in Saudi Arabia. Officially in Saudi Arabia today, 92% of the population are considered Sunni Moslems and 8% are considered Shi’ite Muslims who live mostly along the coast of the Persian Gulf. Sunnis are considered the “Orthodox” branch of Islam, and the “Shi’ites,” like the Protestants, broke away from Orthodox Islam when Ali’s descendants were slain in Karbala, Iraq, over leadership issues.

In the beginning, leadership of Islam came from the holy cities of Mecca and Medina. Then, direction shifted to Iraq, Syria, Egypt, Turkey and other areas. A post was eventually set up in the holy cities in the Arabian Peninsula known as the Sharifate to oversee the holy cities.

Sharifs of Mecca and Medina

Members of the Prophet Muhammad’s clan, the Banu Hashim (a part of the Quraysh tribe from Mecca) were selected to be Sharifs of Mecca and Medina since the time of the Abbasid Caliphate. These were descendants of Muhammad’s grandson, Hassan ibn Ali. They protected the cities of Mecca and Medina and assisted pilgrims during the yearly Hajj, or pilgrimage to Mecca. The Sharifs were known as Hashemites in the West as they were descended from the clan of Hashim. The British set up the Hashemites to rule Iraq and Transjordan following the defeat of the Ottoman Empire in the early 20th century. Up until this time the Arabian Peninsula was generally known as Arabia. Shortly after the British placed the Hashemites in power in 1924, they supported the Saud family in taking over the Hejaz area. The Saud family who now ruled the Nejd area of Arabia also gained control of the important Hejaz (Western Arabia containing Mecca and Medina). The Sauds expelled the Hashemites, doing away with the Sharifate. The ruler from the Saud family was Abdul Aziz bin Abdul Rahman Al Saud, commonly known as Ibn Saud.

Ibn Saud was born in Riyadh of the Nejd region in Eastern Arabia in 1876 and lived until 1953. Ibn Saud’s ruling dynasty changed the name of Arabia to the Kingdom of Saudi Arabia, using their family name, in 1932. All of the modern rulers of Saudi Arabia have been from among the sons of Ibn Saud.

Saud Family and the Wahhabis

Ibn Saud’s family had followed the Wahhabi religious movement begun by Muhammad ibn Abd al-Wahhab (1703-1792 A.D.) in the Nejd region of Arabia. This movement is also identified as Salafi Islam, meaning that it followed the ancestors of the religion and the original tenets. The family of the Sauds had created an alliance with the Wahhabis since the 18th century A.D. which reaches into the present. The Wahhabi denomination of Islam, also known as Salafi, is a conservative interpretation of Sunni Islam which is the official sect of the Kingdom of Saudi Arabia and of the Saud Family. In the 1990s Salafi Islam endorsed a more violent concept of jihad (holy war) against infidels and against other Muslims who believed in Muslim saints, shrines and Imams. The Wahhabis/Salafis believed in a strictly monotheistic view of the oneness of God and in the active uprooting of cultural traditions which might contain polytheistic ideas and animism (worship of trees and other special sites). Their war on this cultural Islam, including the killing of such Muslims, was also known as Salafi jihadism.

The Wahhabis/Salafis all follow the Islamic scholar and jurist Ibn Taymiyyah (1263 – 1328 A.D.), who 600 years after the Prophet Muhammad interpreted the unity of faith as primary and opposed the Mongol invasions and control of the Muslim peoples at the time and outside cultural influences that had crept into Islamic practice. Ibn Taymiyyah considered Shi’a Islam to be heretical, as did the later Wahhabis/Salafis.

The Wahhabis/Salifis, 500 years after Ibn Taymiyyah, do not refer to themselves as such and feel that it is offensive to be referred to by these titles as they consider themselves the followers of the true and original Islam. Instead, they call themselves Muwahhidun, or “unifiers of Islamic practice.” They follow a literal interpretation of the Qur’an and emphasize a conformity to their interpretations and cultural practices including dress, religious rituals and adherence to Islamic law as well as the strict accompanying corporal punishments.

Today the Saud Family and most citizens who want to be in compliance with Kingdom law and practices follow Wahhabism to the letter and are Muwahhidun Muslims. There are some followers of other religions and sects living in Saudi Arabia, but they are not legally permitted to practice their differing beliefs in the open. There is a little more latitude today for non-Wahhabis in government and religious offices, but this attitude has been very slow to advance. The importance of Wahhibism in the world is the ever-increasing influence from the exporting of Wahhabi strict beliefs to the outside Muslim world through Saudi money, financing of Islamic schools and projects.

Does Saudi religion differ from mainstream Sunni Islam? Yes, while a form of Sunnism, the Muwahhidun Muslims practice a harsher, more conservative interpretation of the religion, far different from Sunni Islam practiced in the general Islamic world. The conservative re-oppression of women throughout the Middle East has been one major on-going change caused partially by these Saudi Muwahhidun regional influences.