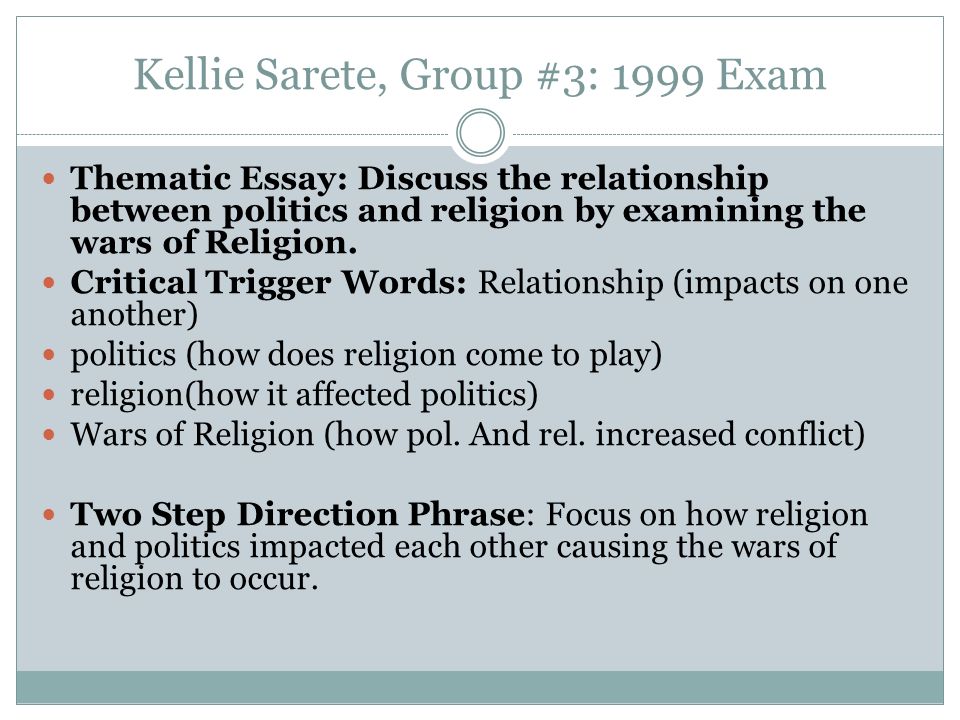 Could be said that acceptance of velayat-e faqih is an intervention in politics, and that eating policy and exposure to it by the jurist may damage the sanctity of the religious world, any Faqih, and it is for this reason must jurist should adhere only issues advisory and judiciary, and choose caution and stay away from intervene in political issues so as not to cause any suspicion of prejudice by the sanctity of his status.

According to this, we must look at the relationship between the two until it becomes clear whether the debt is prohibited on the jurist to interfere in politics or that non-religious people are seeking – through religion – in order to achieve their goals bad; For this we find them hoist the banner of separation of religion from politics and should not interfere in politics and jurist but inviolable.

In general we should know the terms religion and politics are evident even – in the context of this definition – the fact that the relationship of religion with politics.

For religion: is a set of laws and regulations that govern the life of all dimensions of personal and social life, material and moral human beings. The policy: there several definitions of this term highlights in this context, a more comprehensive definitions, the definition first is that politics is the art of forgery and deception, and also means the use and employ all possible means and tools to reach the goal. In other words, the policy adopts the principle of the end justifies the means.

Second definition: that politics is the management and administration of affairs of the individual life and society in various fields. Upon exposure of the relationship between religion and politics comes to mind that an important question: Is the human need to politics or not? If you need, any definition of the above two definitions of human needs?

Sure that everyone – every community – in the course of his life needs to plan its affairs in all living humans to the administration Vaanaaj is one of the most important necessities and axioms for the needs of human beings. The policy in the sense of fraud, deception is definitely the subject of aversion on the part of humans, despite the fact that professionals of fraud and deception are considered and classified themselves as politicians, if only in order to deceive public opinion, and in this regard, Imam Ali Ibn Abi Taleb in the book Nahj: ((and God What Sid Badhy but betray me and blow it not treachery, I hate worse than people)). In this regard, we seek the relationship between religion, which means a range of legislation, life, and politics, which means management. Under these two definitions we draw the following question of the secular: What Huhedvkm slogan of the separation of religion from politics? If there was no association between them and the relationship of how the community will be managed without the existence of legislation? Sure that the administration is not possible without legislation and non-perceived, and therefore the legislation if not yet entered into force have been obstructed, they become of affairs and absurd things that are not pointless. So we have no choice but to say that religion and politics are two elements go hand in hand do not accept the separation, the separation between them is not possible have both sides (religion and politics) go hand in hand even in the case of taking the negative sense of the policy, saying, as a means of fraud and deception, in this case there are also relationship between them and the religion which is definitely a negative relationship; because the religion does not allow fraud, deception and warn of all this.

From here, we say that the Director and the political must be knowing the laws and regulations of Islam are fully first, and secondly you must have the ability to achieve, maintain and implement this legislation.