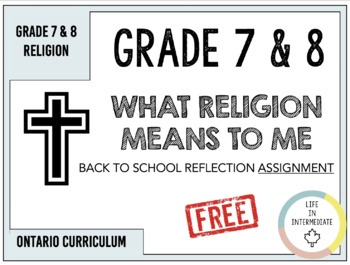 Religion, to me, is a set of beliefs that allow a person to gradually ascertain core values that make them productive members of society. Religion, to me, is meant to make a person a much better human being and should not be considered a boundary between cultures. Religions, nearly all, are merely sets of beliefs and values interpreted in various forms. Many Religions in our society share common characteristics, such as the universal concept of a deity or deities that guide individuals down pre-ordained paths. These cultures, from Christianity to Islam, all believe in a moral compass: what they believe their distinct deity would have them do.

Religion can be different things to different people; religion to some, can be hope, love, peace, honesty, compassion, courage, and so much more. However, Religion has become diluted to where these abstract concepts of inner revelation are morphed into mere political factions hoping to ascertain funds from their own gain. Religions, to me, are groups of individuals with faith in something higher, and benevolent, hoping to come together as one to reach a higher plain of existence, a common ground of peace and understanding. For example, Christians, like me, hope and believe in a savior called Jesus whose selfless sacrifice is the model that we hope to live by. The concept of sacrifice is apparent in many religious cultures, which I believe to be a part of humanity’s genetic makeup.